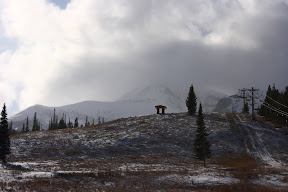 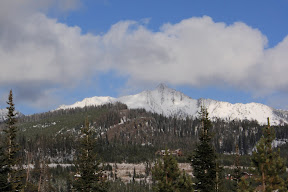 I just got back from a conference in Big Sky, Montana. The conference hotel was up in the mountains at a ski resort, and although they were starting to get their first snow of the season, the slopes weren’t quite ready yet. The scenery was quit breathtaking (especially for someone from New Jersey), but unfortunately I only got to walk around and take pictures during one of the cloudy days. The conference itself was quite interesting. It was much busier than any of the others I’ve been to. I met a number of new interesting people, and got to see a few other familiar faces which was nice.

I did one sort of proposal earlier this spring, but on July 1st I defended my thesis proposal.

I won’t bore you with the details, but you can all imagine it as collection of groundbreaking work exploring how virtualization can be used to make computers more efficient, improve reliability, and generally save the world from all sorts of evil.

It’s pretty exciting, and having finished that after 4 years puts me in a good position to finish my PhD well ahead of the average in my department…

The CRA (Computing Research Association) runs the Taulbee Survey which studies trends in computer science education and employment.Â  There are some pretty interesting numbers in the reports which came out earlier this year.

I was first surprised to see just how many PhDs are being awarded. Almost 1800 new PhDs were produced last year, and the growth compared to the 90s and early 2000s is pretty staggering. The report suggests that the numbers will be even higher in the coming year, although the rate of increase is expected to drop.

On the other hand, undergraduate CS enrollment is doing terribly right now. I’d blame this partly on bad stereotypes about computer science, but mainly on most undergraduates having no real logical basis for why they choose a major.Â  Sadly, I’m not sure if that will ever change.

END_OF_DOCUMENT_TOKEN_TO_BE_REPLACED

There are three keys to keeping an organized research project:

Each of these has its own use, and none can completely cover for another. Here are my suggestions for each… END_OF_DOCUMENT_TOKEN_TO_BE_REPLACED